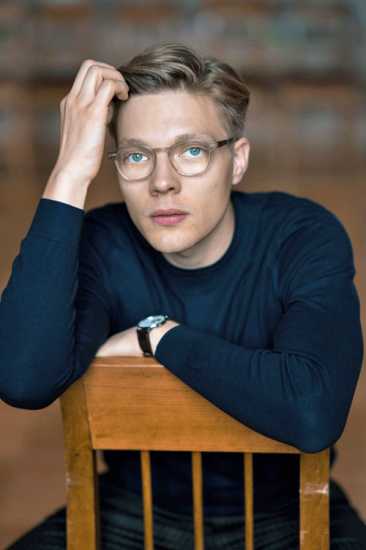 "In his own way an unprecedented vocal phenomenon. When he begins to sing, a magnificent, silvery-toned, artfully cultivated soprano voice resounds, which is also simply perfect in expression." - KRONEN ZEITUNG [AUSTRIA]

"I listened to this CD and it's phenomenal. This is absolutely extraordinary." - IOAN HOLENDER, FORMER DIRECTOR, VIENNA STATE OPERA

Still in his mid-20s, Alois Mühlbacher has established himself as one of the finest countertenors to have emerged in recent decades. Transcontinental appearances in the United States and Mexico as well as across Europe have led critics to praise his 'dazzling brilliance' [Frankfurter Allgemeine Zeitung] and 'outstanding musicianship, artistry, tonal sensitivity' [Musical Opinion UK]

Described as 'a singer born to sing', Alois has been singing all his life. Born in Upper Austria in 1995, he was accepted as a member of the legendary St. Florian Boys' Choir near Linz in Upper Austria whose most famous member was Anton Bruckner. With such provenance, Alois's training was of the highest, and he was chosen to participate in a series of widely-acclaimed CD recordings. At the age of 15, Alois made his debut at the Vienna State Opera, since when he has appeared with acclaim at many leading international concert halls, notably with Martin Haselböck and the renowned Wiener Akademie Orchester. And of tours of the United States including performances of Bach's St Matthew Passion in Los Angeles conducted by James Conlon.

Alois Mühlbacher has evolved seamlessly from the renowned boy soprano soloist to leading countertenor. He sang at the opening gala of the new opera house in Vladivostok and at the New Year's Eve concert of the Mozarteum Orchestra in the Großes Festspielhaus Salzburg under Ivor Bolton. At the Großer Musikvereinssaal in Vienna, he appeared as Daniel in Handel's dramatic oratorio Susanna, as soloist in Bach's Mass in B minor, St John Passion, St Matthew Passion and in the Christmas Oratorio under Martin Haselböck.

For several years, Alois has been closely associated with Ensemble Ars Antiqua Austria and Gunar Letzbor in concerts at the Festival für Alte Musik Utrecht and the Festival Resonanzen at the Wiener Konzerthaus, as well as on numerous CD recordings.

In the summer of 2021, he took a leading role in Telemann's opera Pastorelle en Musique under Dorothee Oberlinger (at the Musikfestspiele Potsdam Sanssouci, the Innsbrucker Festwochen der Alten Musik and Musica Bayreuth). This production was released in 2022 on DVD and CD by Sony. Exceptional for a counter-tenor, Alois Mühlbacher has given numerous recitals with his distinguished accompanist and colleague Franz Farnberger, in which Alois's naturally distinctive, supple and versatile voice has been widely-praised in repertoire from Schubert to Richard Strauss.

No cuts or alterations of any kind should be made to this biography without the consent of Alois Mühlbacher.