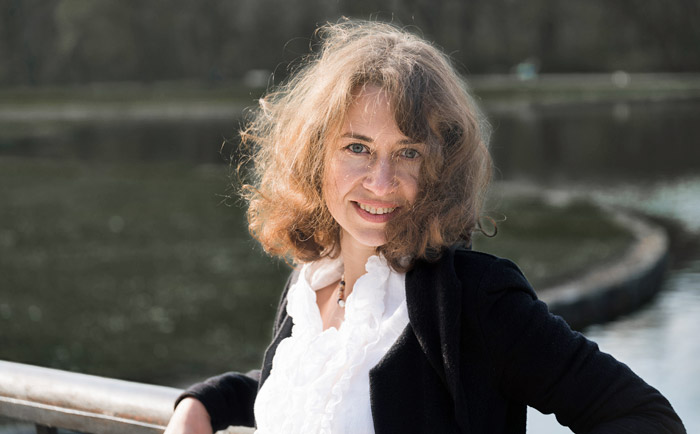 "Her aesthetic culture, stupendous virtuosity and highly sensitive artistic breeding are combined ... to the height of musical ability ... Rarely have I met a more versatile artist! " - WOLFGANG RIHM

"This recording is of astonishing excellence. Her performances combine insight and technical ability to the highest degree" - JAMES PALMER, Musical Opinion

"Zassimova's name will soon be mentioned in the same breath as Cortot, Rosenthal, Friedman, Rubinstein and Arrau" - FANFARE

Anna Zassimova is a pianist of rare calibre. Her pianism is of a natural, passionate intensity, combining softness and fury, with an unparalleled knowledge and sympathetic understanding of the music she plays. There is nothing showy about her keyboard manner, born of her being a product - from perhaps the last generation - of the Great Russian School, founded by Heinrich Neuhaus. Following initial concerts in Germany, Bayerische Rundfunk were the first of many organisations to compare her playing to that of Richter and Gilels. The comparison is apt.

At the age of six, Anna entered the world-renowned Gnessin School in Moscow, Whilst studying for her first degree in piano as a pupil of Vladimir Tropp, she witnessed the collapse of the Soviet Union at first hand. The experience caused her to commit wholeheartedly to music as the only stable point at a time of great instability. Personal circumstances led Anna to leave Russia for Germany, and - having received a DAAD Fellowship - she continued studies at the Karlsruhe Music University under Michael Uhde und Markus Stange, where she now teaches.

"The lines of her music have elegance but also clearly defined shape - declamations rather than sentimentality" (Klavier.de). 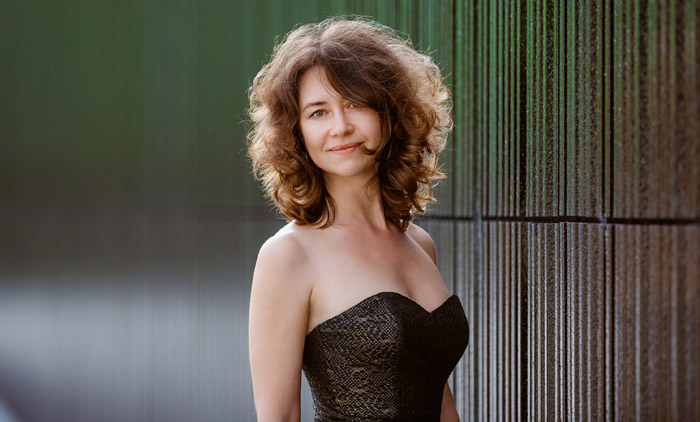 In recent years, Anna Zassimova has entranced audiences at festivals and concert halls across Europe. Her impressive discography, featuring Romantic and contemporary works on the CPO, Melism, Antes and other labels, has drawn universal praise by focussing on Chopin, her great 'non-Russian' love - Brahms - and on fin-de-siècle Russian composers. In June 2018, Hänßler Classic issued Sonata Reminiscenza, Zassimova's exploration of Russian piano music by Medtner, Scriabin, Catoire, Wyshnegradsky and others. Recent concerts, including a much-admired solo recital at the Hamburg Elbphilharmonie, have included much of this repertoire.

Learn more about Anna Zassimova at 'Meet the Artist Online'

Anna Zassimova is also exceptional among performers of her calibre for the breadth of her artistry. She has additional degrees in musicology (her monograph on the little-known Russian composer Georgy Catoire has been largely responsible for the renewed interest in this early 20th- century composer), and the history of art. Anna has worked with numerous galleries in creating programmes pairing paintings and piano music, enthralling audiences with her discourses on the former and performances of the latter. She is herself a gifted painter, but it is the piano, truly an extension of Zassimova's soul, in which these elements come together. As Adam Donen has commented: 'There are many great piano performers in our time. Zassimova is a true Artist.' 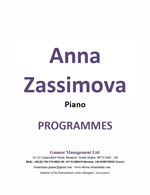 With this latest double album, Anna Zassimova aims at the heart of romanticism and sets the tone with Clara Schumann's first romance with the theme of melting the flow of ice. This romance, composed in 1855, was at first dedicated to her husband, interned since March 1854 after throwing himself into the Rhine. Then to Johannes Brahms, knight servant and love. The complexity of the feelings and the affective powers that linked these three are in themselves a beautiful romantic subject, but above all, the House of the Schumann (where Brahms also lived) was the musical capital of a stylistic community, to which one should reserve the "romantic" character, even if the so-called romantic movement manifested itself well beyond this family to which it would also be necessary, among others, add Felix Mendelssohn, Franz-Liszt bringing this world to its surpassing (which Brahms did not appreciate at all).

Anna Zassimova offers us a very beautiful coherent program, of impulses and heartbreaks in love, of Johannes Brahms and Robert Schumann responding to Clara Schumann, with the Consolations of Franz-Liszt also mixing the piano with Robert Schumann.

One may think that Johannes Brahms found some consolation in his impossible loves during his remarkable stay in Vienna, but his fantasies opus 116, composed towards the end of his life are pessimistic. It is the Vienna Carnival, composed by Robert Schumann in 1839 after he had stayed in the city, that takes us out of the intimacy of love and the torments, even the tragedy, that we leave behind definitively with Alt-Wien, Leopold Godowsky's famous "old Vienna" waltz.

If these works are partly autobiographical, they are in themselves a stylistic story whose beauties can do without literature, in a program very intelligently arranged and masterfully interpreted, with the added bonus of the beautiful and rare sound of a great Bechstein piano.

Despite the title the common thread in this lovely recital is the love, respect and admiration of the composers represented. The Schumanns and Brahms are a trio that will forever be deeply intertwined in the musical consciousness and if Liszt was never part of that circle and was sometimes scorned by them for his worldly virtuosity they always acknowledged his obvious gifts. Zassimova brings them together intelligently, opening with Clara Schumann's beautiful, passionate Romance in A minor, a piece that I love more each time I hear it. [...] There is something of a live feel to these performances; gentle accelerandi in the phrases of the Intermezzo in E minor and the arpeggios of the G minor Capriccio as well as some surging crescendos. They are quite expansive, perhaps a little too expansive for my taste in the central section of the second of the E major Intermezzi but on the whole the playing here is very satisfying and as lyrical as one could ask for, a lyricism that is evident through the recital and continues immediately in the Consolations and song transcriptions by Liszt. [...] Zassimova has chosen works that could not have failed to appeal to Clara's sensibilites. I love the performances here especially the second Consolation and the Petrarch Sonnet with its many moments of breathless delicacy. [...] The contrasting mood of Schumann's three Romances sit well under Zassimova's fingers whether it is the restlessness of the opening Romance or the poised duet of the familiar second number. I am particularly impressed with the buoyant rhythmic impetus that she brings to the third, a work I was unfamiliar with. [...] Zassimova's performance is passionate and dramatic and she finds excellent tempi throughout, steering clear of the extreme tempi of a Michelangeli or Gavrilov in the finale while still exhibiting thrilling virtuosity. [...] On the whole this is a warm-hearted and satisfying recital.

No cuts or alterations of any kind should be made to this biography without the consent of Anna Zassimova. 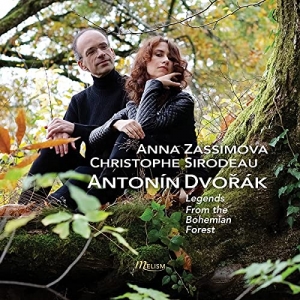 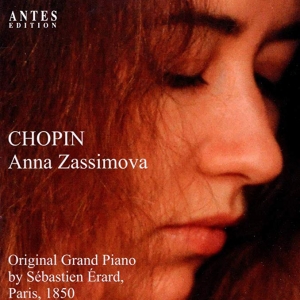 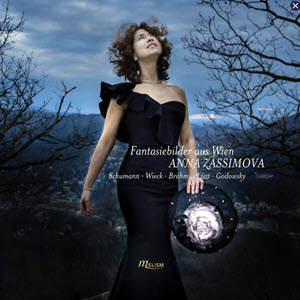 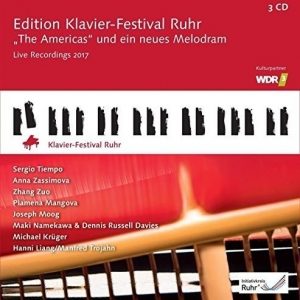 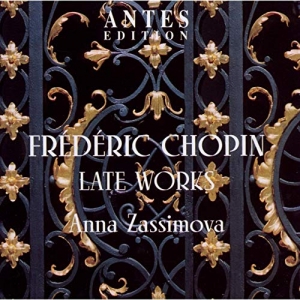 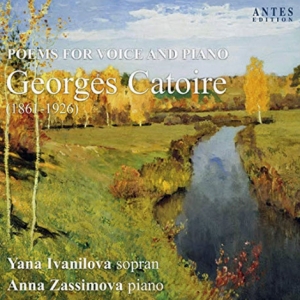 Poems for Voice and Piano 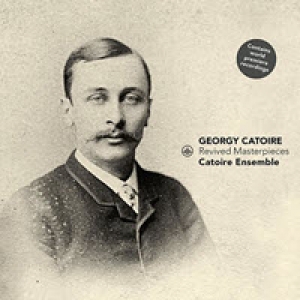 Revived Masterpieces (with the Catoire Ensemble) 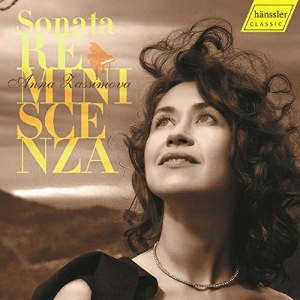 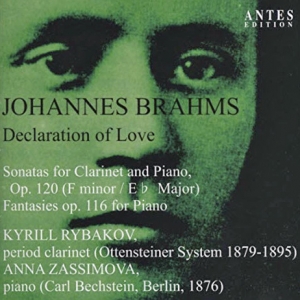 Sonatas for Clarinet and Piano 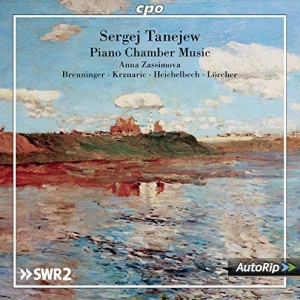 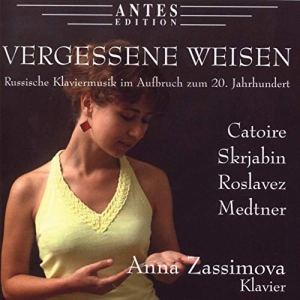 For once the CD album cover photo (by Magnus Arrevad) sums up its contents very accurately: Anna Zassimova in black dress storm-tossed in a bleak evening landscape. She carries a hat, the interior of which seems to contain a cyclone all its own.

And that is very much how her exploration of the relationship between Brahms, Liszt and Robert and Clara Schumann comes over - a programme of churning emotions set against the backdrop of turbulent German high Romanticism.

The habit of programming a CD as if it were a concert can be annoying after the initial play-through if, like me, you select a disc from the shelf for a particular work. Zassimova's programming does have musical logic, though, and the Brahms Fantasias, Liszt Consolations, Schumann Op. 28 Romances and Viennese Carnival Scenes are chunky enough to be satisfying. Finishing the recital with Godovsky's miniature Viennese waltz to follow the Schumann scenes as an encore is a delightful touch.

It is a pity, though, that she only includes the first of the three of Clara's Op. 21 Romances from 1853 (the sleeve calls her Wieck-Schumann; an accurate if nodding gesture to current political thinking, joining her maiden and married name in the American manner). Beautiful as they are, I would have foregone happily the isolated Liszt Petrarch Sonnet 123 and the transcription by him - described as Schumann/Liszt Widmung Op.25, No.1/Liebeslied - to fit them in. Actually, there is plenty of room spare on the two CDs to do them all.

This is the first occasion on which I have heard Zassimova play solo (her previous volume - see below May 2021 - was of four hands with Christophe Sirodeau of Dvorak's Legends) and I warmed to her immediately. She has a clever way of conveying controlled but pent-up passion, as in Einfach, the second of the Schumann Op. 28 Romances. Her touch lingers on the notes so that each is sustained long enough to suggest that there is a complicated emotional current flowing just beneath the surface. It is a trick that fits particularly well with Brahms' Op. 116 Fantasias - the capriccios and intermezzi written in his last decade when he was looking back at the loves of his life with affectionate detachment tinged with lingering regret. She captures that too in Schuman's Op. 18 Arabesque, a quality which one normally associates with Chopin.

Zassimova is well worth discovering as a pianist and more recordings from her will be thoroughly welcome.
SM, PRESENT ARTS, 23 April 2022