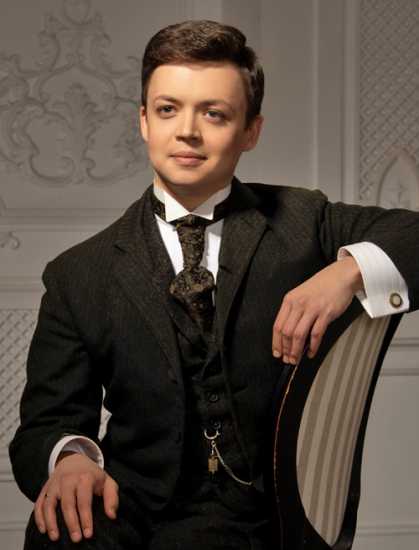 Nikolay Medvedev was born in 1986. He studied at the Krasnodar Rimsky-Korsakov Music College, the Krasnodar State University of Culture and Arts, the Gnessin Russian Academy of Music (under the guidance of Alexei Skavronsky and Tatiana Zelikman) and undertook a postgraduate study at the Academy (class of Tatiana Zelikman).

He has taken lessons from Vladimir Tropp, Nikolai Petrov, Dmitry Bashkirov, Emanuel Krasovsky, Alexander Mndoyants, Jerome Rose, Vladimir Viardo, José Ribera and William Noll. He has been a grant-recipient of the Russian Culture Foundation, the Glazunov Foundation, the New Names foundation and the Russian Performing Arts foundation. In 2010 he received the most prestigious in Russia Triumph youth prize. Since 2015 he has taught at the Gnessin Russian Academy of Music (solo piano and chamber music faculties).

Nikolay appears in cities throughout Russia, Europe and the USA and he performs concerts at the Moscow State Tchaikovsky Conservatoire, the Tchaikovsky Concert Hall, the Moscow House of Music, the Bolshoi Theatre, the Gnessin Russian Academy of Music, the Concert Hall of the Mariinsky Theatre, the St Petersburg State Philharmonic and various other venues in Russia and abroad, such as: Paris, Vienna, Berlin, Copenhagen, Bergen, Cologne, Düsseldorf, Belgrade, Capetown, Johannesburg, Pretoria, Naples (Florida), Shenzchen etc. He has taken part in the international festival A Week of Rostropovich in Moscow and the International Piano Festival in Saint-Petersburg.

"Listening blind, could one tell that the pianist is Russian? High-octane virtuosity and cultivation of a long singing line are not enough on their own, though the beauty, colouring and, above all, depth of tone might have persuaded me. What one would not doubt in a blind listen is the nationality of the music that Medvedev has chosen. He has a natural empathy with (and the technical and musical means to convey) the heart-on-sleeve emotional turmoil common to all three works: try the second and fourth of Rachmaninov’s Moments musicaux for flailing, uninhibited angst, or the despairing misery of No 3 in gloomy B minor.

Overall, well recorded and well worth a listen.

Jeremy Nicholas, GRAMOPHONE"There's something wonderfully unshowy about Medvedev's performance here, despite the glittering quality of such works as Tchaikovsky's Grand Sonata in G major. Other pianists might be tempted to showboat, but this is a pianist with poise and precision."

BBC Music Magazine"This is the first solo album by this exceptional pianist, a carefully chosen programme, with each of the three works likely to appeal to the same music-lover.

On this showing, Medvedev is clearly an artist to be watched - and listened to. In by far the largest work on this disc, the Tchaikovsky Sonata, this is a work that in many performances does not appear to possess the personal qualities of many of his other works. It can often seem too Schumannesque and less clear in terms of its ideas to be typical of Tchaikovsky at his finest to make a strong impression - but not in this performance. Medvedev's playing is beautifully controlled, deeply expressive and full of rhythmic life. He also possesses the occasional exquisite delicacy of touch which the brief Scherzo occasionally demands; indeed, throughout the entire recital these polished and sensitive performances are always sensitive and imaginative, well shaded and rhythmically alive. In the Rachmaninoff pieces, there is great variety and colour here and a perfect command of the instrument.

Medvedev's playing throughout is always deeply imaginative and is invariably placed at the service of these great composers. It is rare to encounter an artist who plays Russian music with such deep understanding, and this outstanding recording can be most urgently recommended."

Learn more about Nikolay Medvedev at 'Meet the Artist Online'

Nikolay is a member of the Russian Rachmaninov Society and Russian Musical Union and also a councillor of EMI Department CASIO gmbh since 2020.

No cuts or alterations of any kind should be made to this biography without the consent of Nikolay Medvedev. 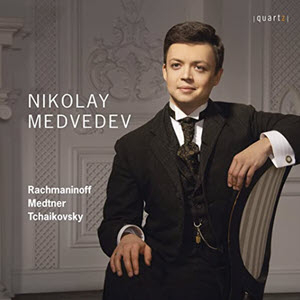