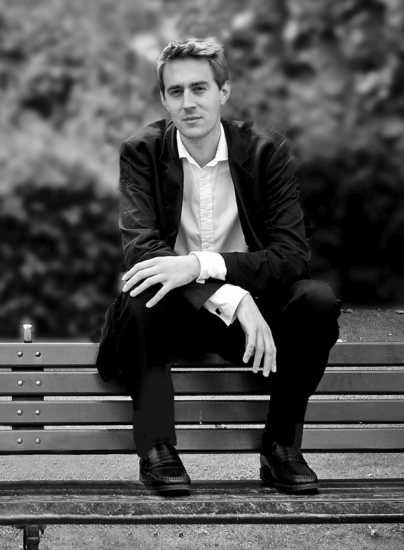 The notable English pianist Simon Watterton has, throughout his career, given recitals as soloist and chamber musician across the world. In recent years he has performed with conspicuous success in China, USA, Canada, Sweden and Italy as well as extensively in the UK and the Republic of Ireland.

Simon was born in the Wirral, in North West England, and studied at the Purcell School of Music with Patsy Toh and at the Royal College of Music with Yonty Solomon, where he won a range of prizes and awards, including the Hopkinson Silver Medal.

Simon made his concerto debut at London's Cadogan Hall and was soon featured as a Rising Star in International Piano Magazine at the time of him giving a cycle of all 32 Beethoven Sonatas.

He has made a number of visits on a collaborative piano internship to the Banff Centre in Canada and has worked with a number of distinguished artists, including his wife, the Irish violinist Anna Cashell. Together, they have appeared internationally in Sweden, Spain, Northern Ireland and Beijing, as well as throughout the United Kingdom. Other notable artists with whom Simon had appeared include the 'cellist Raphael Wallfisch and the London International Players, with whom he has also appeared live on BBC Radio 3's 'In Tune'.

A specialist in the music of Beethoven, Mozart and Schumann, Simon's repertoire encompasses a wide range of styles and periods. He is particularly noted for having given a number of important lecture recitals, ranging from Liszt's Années de Pèlerinage to Bach's Goldberg Variations.

Simon has also been invited to Italy as a senior coach on the Orchestra Città Aperta Chamber Music Course and he is currently visiting teacher at the Royal Holloway University of London and the University of Limerick.

Learn more about Simon Watterton at 'Meet the Artist Online'

Also a noted writer on music, Simon Watterton was recently invited to select the music and contribute the Foreword for a new scholarly edition of Frank Bridge's piano music, published by Dover Publishing.

No cuts or alterations of any kind should be made to this biography without the consent of Simon Watterton.