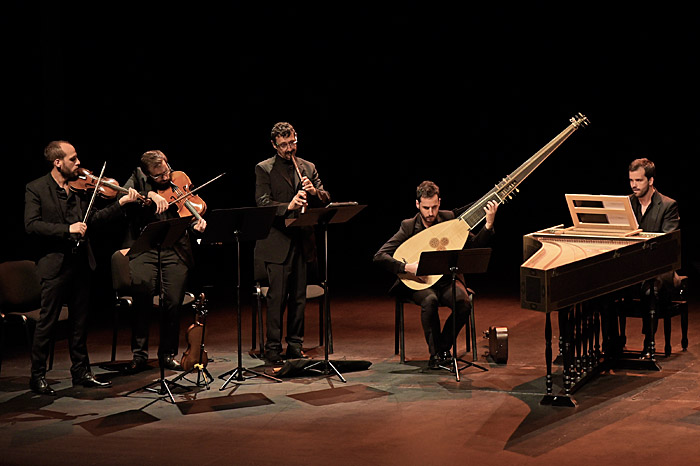 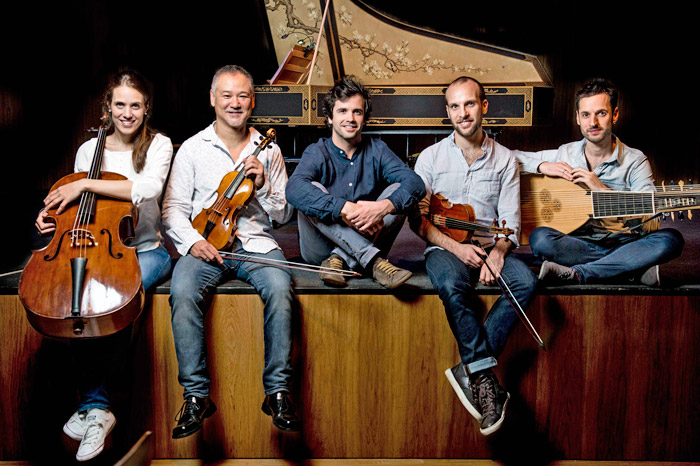 Founded in 2016 by Spanish harpsichordist Ignacio Prego, Tiento Nuovo is the result of a personal project that recently returned to Spain after twelve years abroad.

Very soon after their return, Tiento Nuovo became a much sought-after baroque ensemble, frequently appearing in the major Spanish Concert Halls and Festivals, with a ‘brightness, depth and lyricism’ – as the respected journal Scherzo commented.

"A splendid and brilliant programme designed by Ignacio Pregp ... A very thoughtful staging with imaginative lighting ... it was delightful to experience such strong and clear enunciation with such fine presentation ..."

"Tiento Nuovo, conducted with such precision from the harpsichord by Ignacio Prego, enchanted the audience at this sold—out concert. The five musicians appeared to enjoy the music just as much as those seated in the auditorium."

Tiento Nuovo has recently undertaken a European-wide tour, with appearances at the Landesmuseum Wuttemberg in Stuttgart, the Royal Palace in Warsaw, and the Swiss Musik-Akademie in Basel.

The instrumental make-up of Tiento Nuovo is flexible, the musicians’ wide-ranging repertoire, from the greatest Baroque composers to those who remain sadly neglected. Among the ensemble’s most recent projects include J.S.Bach’s  Concertos for Harpsichord and Orchestra, the Concerti Grossi of Arcangelo Corelli – with the collaboration of the renowned flutist Maurice Steger – as well as a series of programmes of music from the Italian seicento.

Tiento Nuovo and its distinguished director share a wide interest in other aesthetic disciplines: this has resulted in programmes with a historical theme, including ‘La Conjuración de Venecia’ [The Conjuring of Venice], where the renowned actor Pedro Casablanc represents the alter ego of Quevedo and where Spanish and Venetian music is blended with original texts written by the poet and the musical director. This programme was very successfully performed in Madrid, Santander and Seville.

Further engagements during the 2019-2020 Season include performances for the CNCM, La Fundacion Juan March and the Festival de Musica Antigua de Úbeda y Baeza, among others.

No cuts or alterations of any kind should be made to this biography without the consent of Tiento Nuovo.